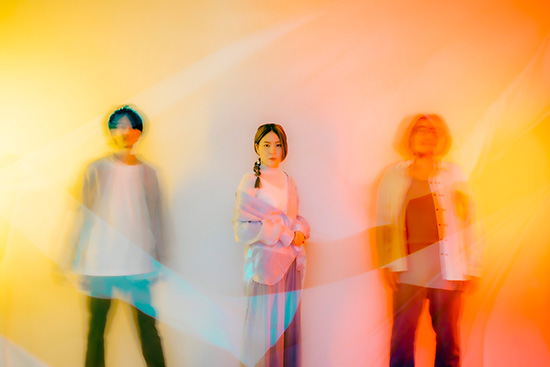 
Sawa Angstrom is an electronic music unit based in Kyoto. They ware formed in 2017 by Jun Hamada, Satoshi Yoshioka, and Marina Kodama. Initially their band name was called sa/wa, they changed it to Sawa Angstrom in 2019.

Jun Hamada is also acting as a member of a urban funk soul band Lainy J Groove. He has versatile talent, such as supporting YeYe and acting as a video artist.

Satoshi Yoshioka has released some albums from Rallye Label and wonderground as a member of LLama. He runs a recording studio and has worked on numerous artists as engineer and arranger.

Marina Kodama is also acting as a solo artist. Her 1st album "Tsumetai Kemuri (Cold Smoke)" has released from P-VINE in 2017 was also acclaimed by Tabito Nanao and Michinori Toyota, such as songs with a unique melody using synthesizers and improvised songs.

They are mainly performing at unique places such as youth hostels, art gallery, and beer house using voices, synthesizers, and samplers. Their minimalistic improvised performances and melancholy songs are highly valued by artistic people such as designers, video artists, and installation artists.

In the winter of 2018, they took a 1st CD-EP DdTPt and carried out to the world tour (France, Belgium, Germany, Denmark, and Taiwan). In 2019, they released ZINE (with CD) SYNAPSE VISUAL NOTE and digital release of DdTPt, and participated in the compilation album for the Austin label SVNSET WAVES in Texas. In May, they succeeded in their 2nd overseas tour (Melbourne) and released 2nd EP "OF FOOD", 3rd EP "LEVEL", and 4th EP "ICE".

In 2020, they released four consecutive months of new singles to gain a wide range of listeners. In addition, their songs have been used in commercials for Dospara's high-spec gaming PC "GALLERIA" and Fujifilm's camera "instax SQUARE SQ1," and they are expected to make further progress, including client work, in the future.